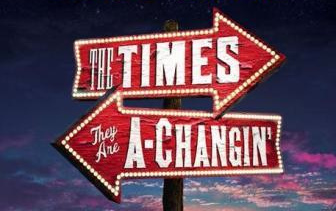 It’s all been a bit quiet here, that’s because I’ve been buried in a piece of work that threatened to eat me. So far I’ve made it out the other side and I’m still kicking. What doesn’t kill you makes you stronger right? Apart from not killing me It’s forced me to reevaluate my options.

As with the Dylan classic “The times they are a changin'” it’s time to stop look about and instead of demanding the old guard get out of the way, go on and forge my own path ahead.

Whilst the road I’ve travelled so far has been at times a rough one, it was certainly an interesting one that allowed me to meet and work alongside some amazing people that I’d not otherwise have had the ability to interact with.

I’m looking forward to the new gig, it’s a move away from being strongly technology focused, that is a little scary in of itself, but should start opening up other new and exciting things to learn; Some things I’ve already been playing with behind the scenes already (they will start popping up on this blog no doubt).